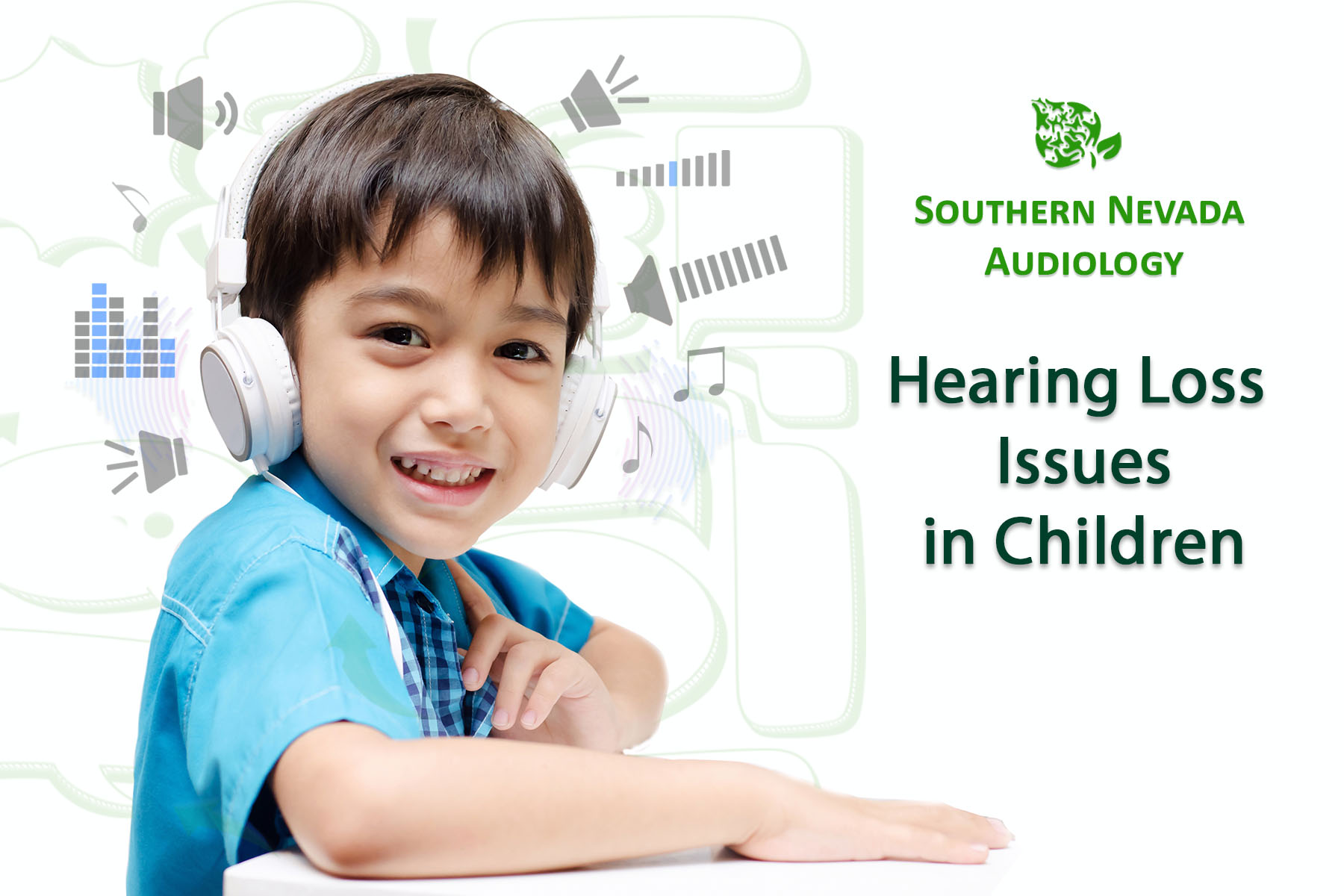 The majority of patients we see at Southern Nevada Audiology are primarily adults. However, we promote awareness of signs of hearing loss at any age. Hearing loss is not only limited to the elderly but can develop at any stage of life.  For the development and growth of a child, treatment for hearing loss is crucial at an early stage.

The Rate of Childhood Hearing Loss

Hearing loss affects one to three per thousand children, according to the Centers for Disease Control and Prevention (CDC). The question then becomes, “What exactly triggers this hearing loss in children?“

A child’s life is significantly altered by permanent hearing loss. A child’s first few years of life are key to their development. An important part of growing up is being able to hear sounds. Hearing loss may be detrimental to language learning because it hinders the development of listening and talking skills, both of which are vital to acquiring language.

When a child struggles with language and verbal abilities, it may have a ripple effect on the their emotional, social, and intellectual development. Delays in development affect even children with modest hearing loss or single-sided hearing loss. Their poor listening skills cause them to fall behind the rest of their class.

Deafness and other Hearing Problems Caused by Ear Infections

Ear irritation accompanied by a potentially fatal accumulation of fluid is known medically as Otitis Media. Ear infections are common in children because their Eustachian tubes, which carry sound from the ear to the back of the nose, are still growing and are relatively narrow.

Most children are unable to control or drain fluid when they have a cold or runny nose. Fluid accumulation caused by this obstruction might trigger inflammation. Seventy-five percent of children will have had Otitis Media at least once by the time they turn three, according to recent studies.

There are a handful of telltale indicators of fluid in the ear that you can check for if you believe your kid has an ear infection, even if your child is not experiencing any pain. Your child may get irritated, resulting in ear-pulling or ear-pinch behavior. It is possible that they are experiencing hearing loss, as shown by behaviors like failing to answer when called for, being unusually jumpy or distracted, or misinterpreting what was said.