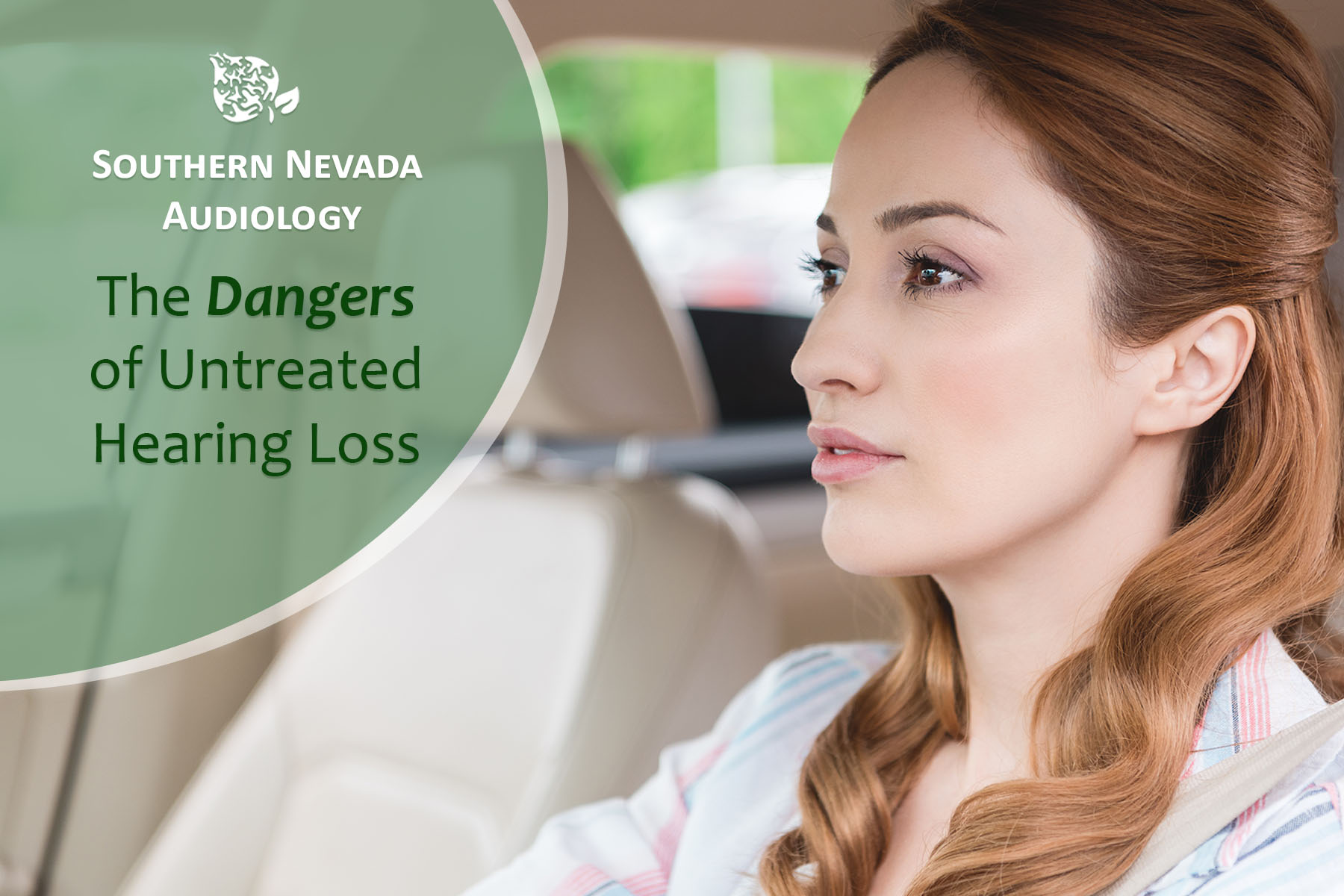 The Dangers of Untreated Hearing Loss

Hearing Loss can be a critical factor that affects a person’s social life, mental health and physical health. Despite that, hearing loss is not often discussed in detail and is often left untreated.  The idea of not being able to hear well might seem like “not such a big deal” but to the contrary this is a serious health matter.

When it comes to one’s social life, communication is key.  Depending on a person’s lifestyle, verbal communication can be used in varying amounts. With technology’s so closely intertwined with society’s well-being, it is possible to never have to verbally communicate with a person. This is not the case for everyone. For some, technology is the last thing on their minds and the ability to use their words is much more important. While at a barbecue or going for a jog in the park with a good friend, being able to talk is much more important than looking down at a phone.

Hearing Loss itself can be caused by a number of reasons such as exposure to loud noises for extended periods of time.  For some, there could also be a genetic variable that can also be influenced by outside circumstances such as dirty environments or varying pressures.  Without the ability to hear, social life can be near impossible to maintain. This can cause stress for those experiencing hearing loss as their friends and family drift away.  Even driving can suddenly become much more dangerous as audio alert signals that are so commonly used become less effective.

Though hearing loss can lead to plenty of problems, there exists a simple tiny solution – hearing aids.  Hearing aids are the most common and effective means to combat hearing loss.